In anticipation of the beginning of the month of Ramadan, the Afghan parliament calls on the Taliban to adhere to a truce. Parliament insists that residents should feel safe, especially on such an important month, especially when around the coronavirus threatens their health.

“We urge the government’s opposition to abide by the general ceasefire rules to prevent bloodshed during the month of Ramadan,” MP Mirza Khan Katawazi said Wednesday.

He emphasized that the people of Afghanistan deserve worship without the fear of war.

The Taliban have signed a peace agreement with the United States and have stopped attacks on US troops, but they are still directed against Afghanistan’s internal security forces and threaten civilians.

“Before that, the Taliban claimed that the cause of their war was foreign forces, but now they are directed against the security forces, which are Muslims, and there is no reason to kill them,” Jamshidi said.

“Our specific assumption is that this group should cease-fire, at least during the holy month of Ramadan, so that people can be safe in the month of worship.” 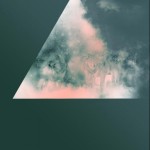